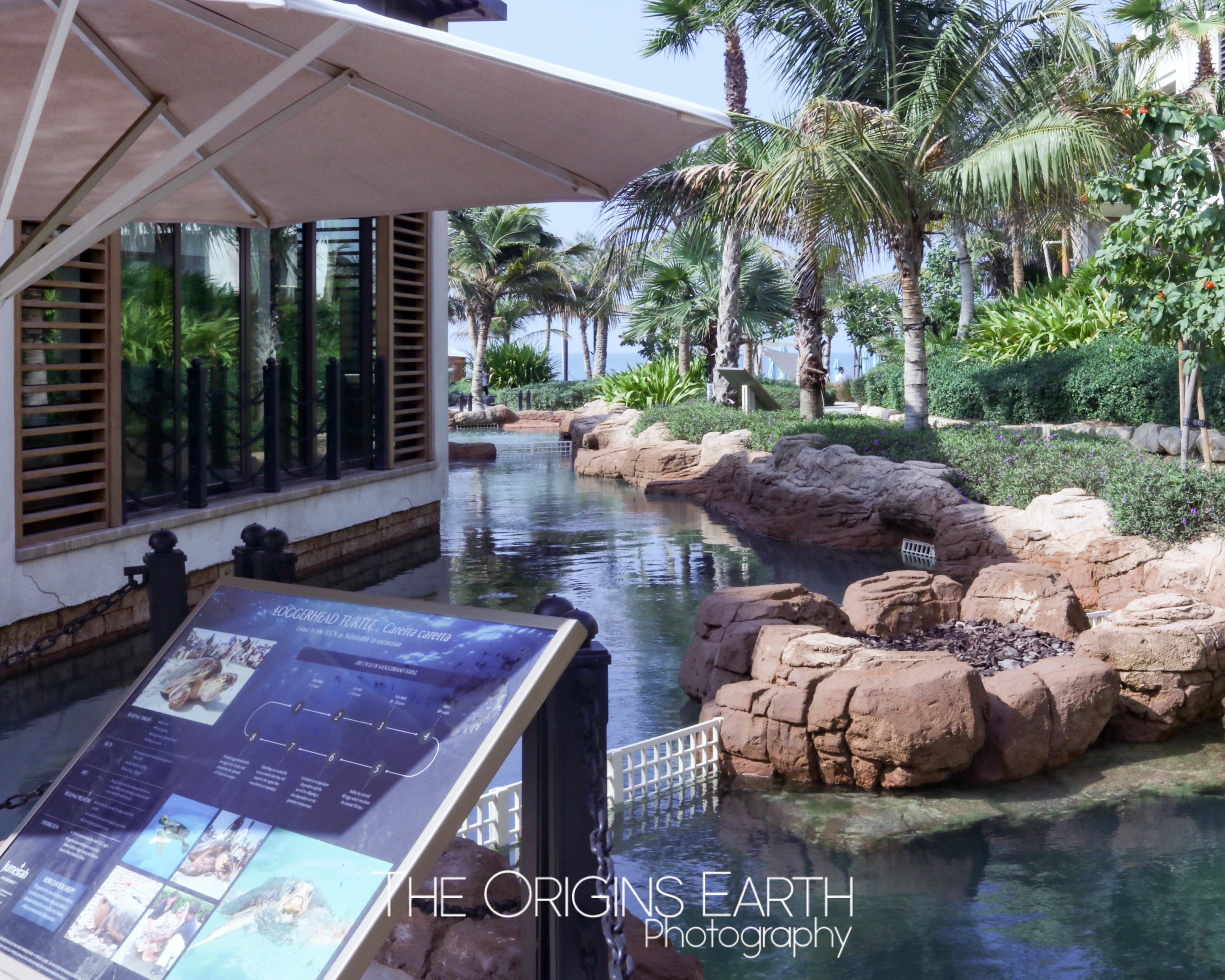 This Project has been holding since 2004 in Dubai with a small team of 6 employees at the Burj Al Arab.

Since 2004, the Dubai Wildlife Protection Office in partnership with the Dubai Falcon Hospital and the Central Veterinary Research Laboratory has released 1’812 turtles to the sea of the UAE tanks to this program that is lead.

This project is situated in two places that are the Burj Al Arab and the Al Naseem Jumeirah Hotels with a turtle artificial lagoon.

The types of turtles you can find at that place are the following ones: hawksbill turtles, green turtles, Olive Ridley turtles and loggerhead turtles that are listed from vulnerable to critically endangered depending on species.

During my visit, there were 21 turtles in the lagoon and 20 other turtles at Burj Al Arab for health treatments. 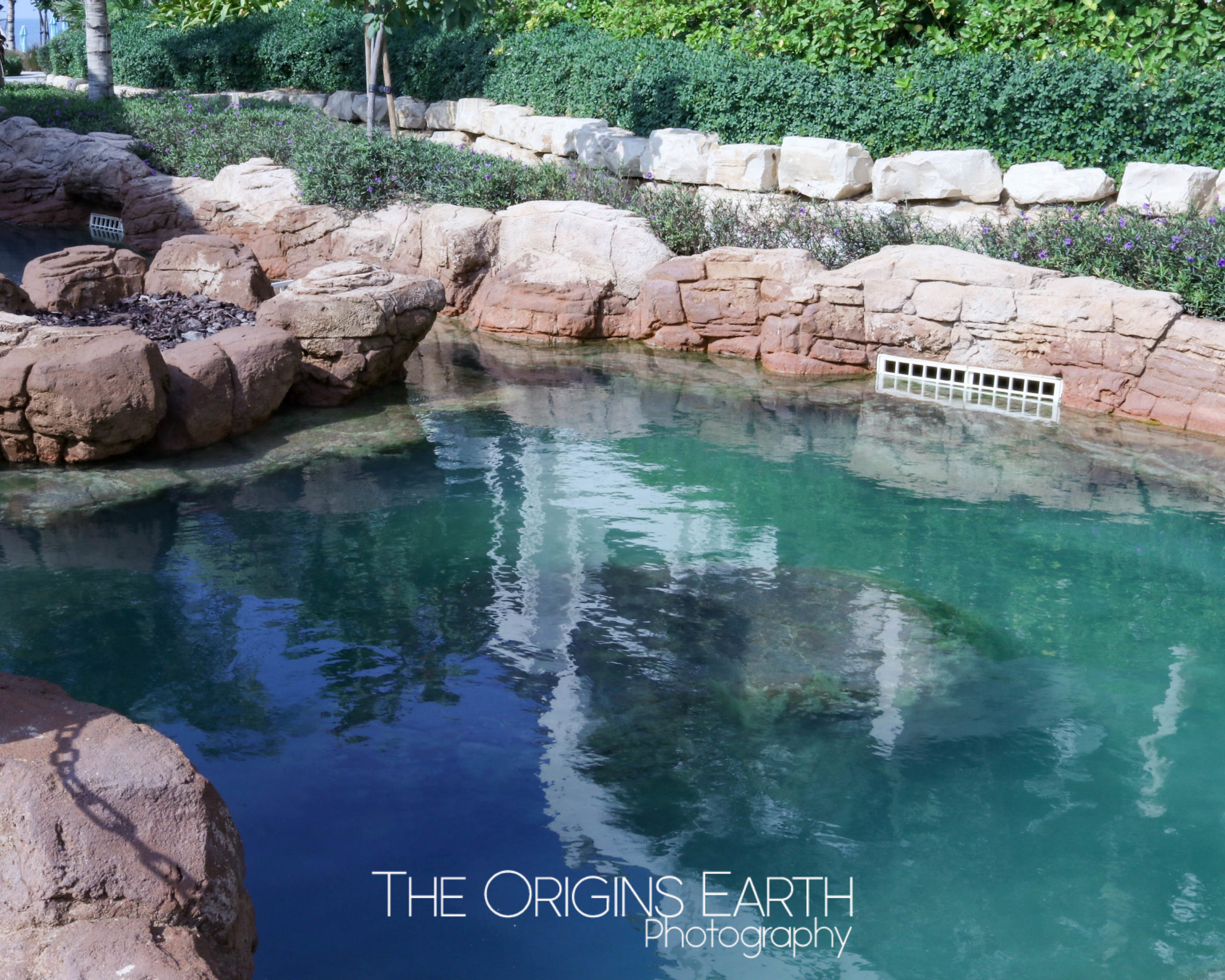 Indeed, the turtles start their rehabilitation stay at the hotel Burj Al Arab where they have some basis treatment before putting to the lagoon a the hotel Al Naseem until their state of health is better to be released back to the oceans.

Each winter, the team provide feeding sessions held with public. Indeed, this is a good moment because it is less hot and also because the turtles are putting back to the ocean between May and June.

The feeding sessions are a good moment to give some explanations about the cycle’s life of turtles and the importance to protect them and their environment. 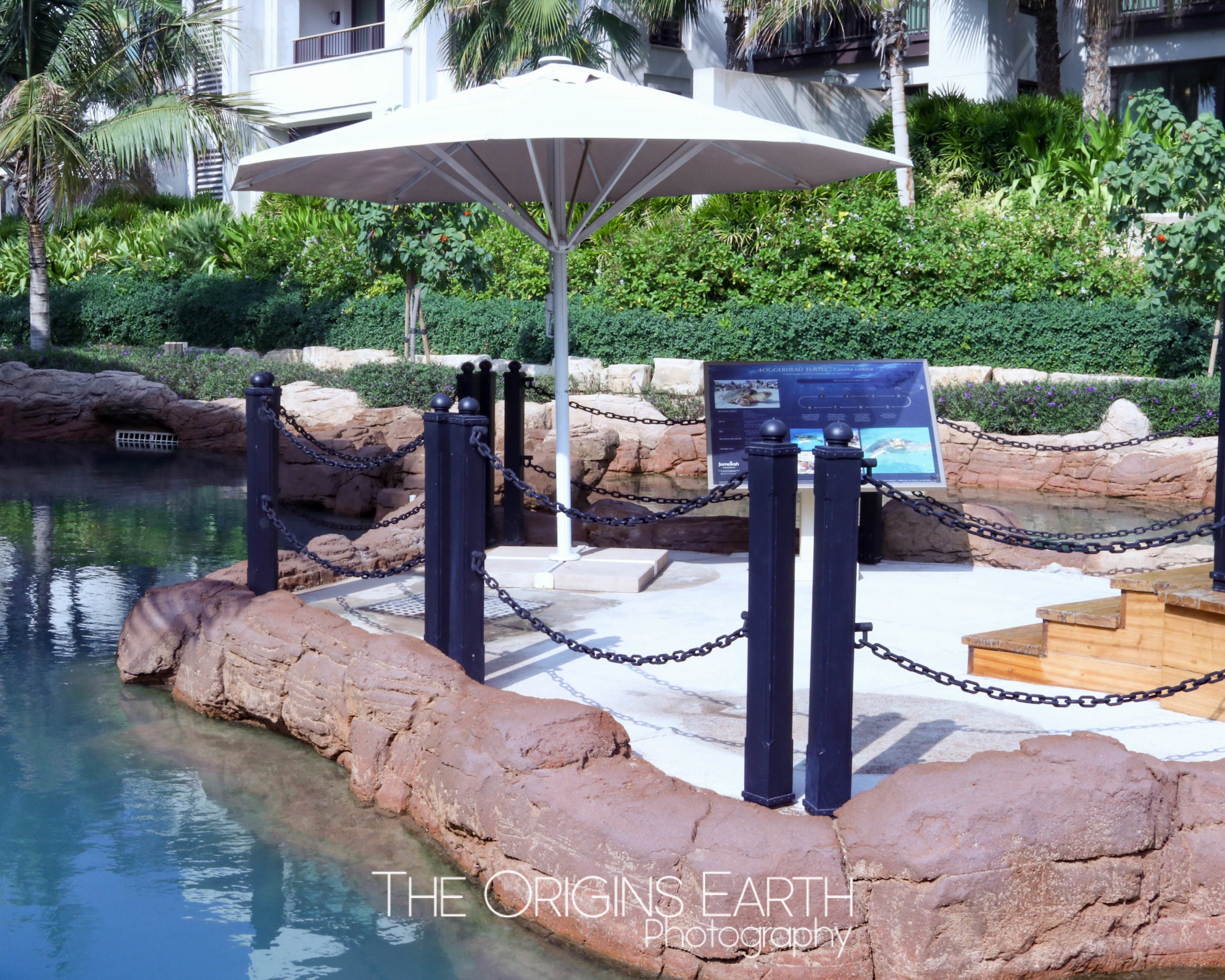 The goals of the Dubai Turtle Rehabilitation Project

All the turtles at the Burj Al Arab and Al Naseem Jumeirah Hotels are found sick or injured. In fact, those turtles are brought to the centre in the idea to release them to the oceans once they are in a better health.

At the Burj Al Arab Hotel, a team of veterinary examine them and give them some medications, antibiotics and if it is necessary they have surgery.

Once the turtles are doing well and are ready to be transferred, the team bring them to the turtle lagoon at Al Naseem Hotel where is the final stage of the rehabilitation before taking them back to in their natural habitat.

Among of their injuries and/or sickness, most of them are due to ingestion of plastic waste or entanglement. Some of turtles are sick because of the barnacles that are growing on their carapace and stop them to move.

As they are cold-blooded animal, their body need to be heated by the surrounding environment and cold temperatures affect most of them during the months of December, January and February. During those months, most of turtles are sick. 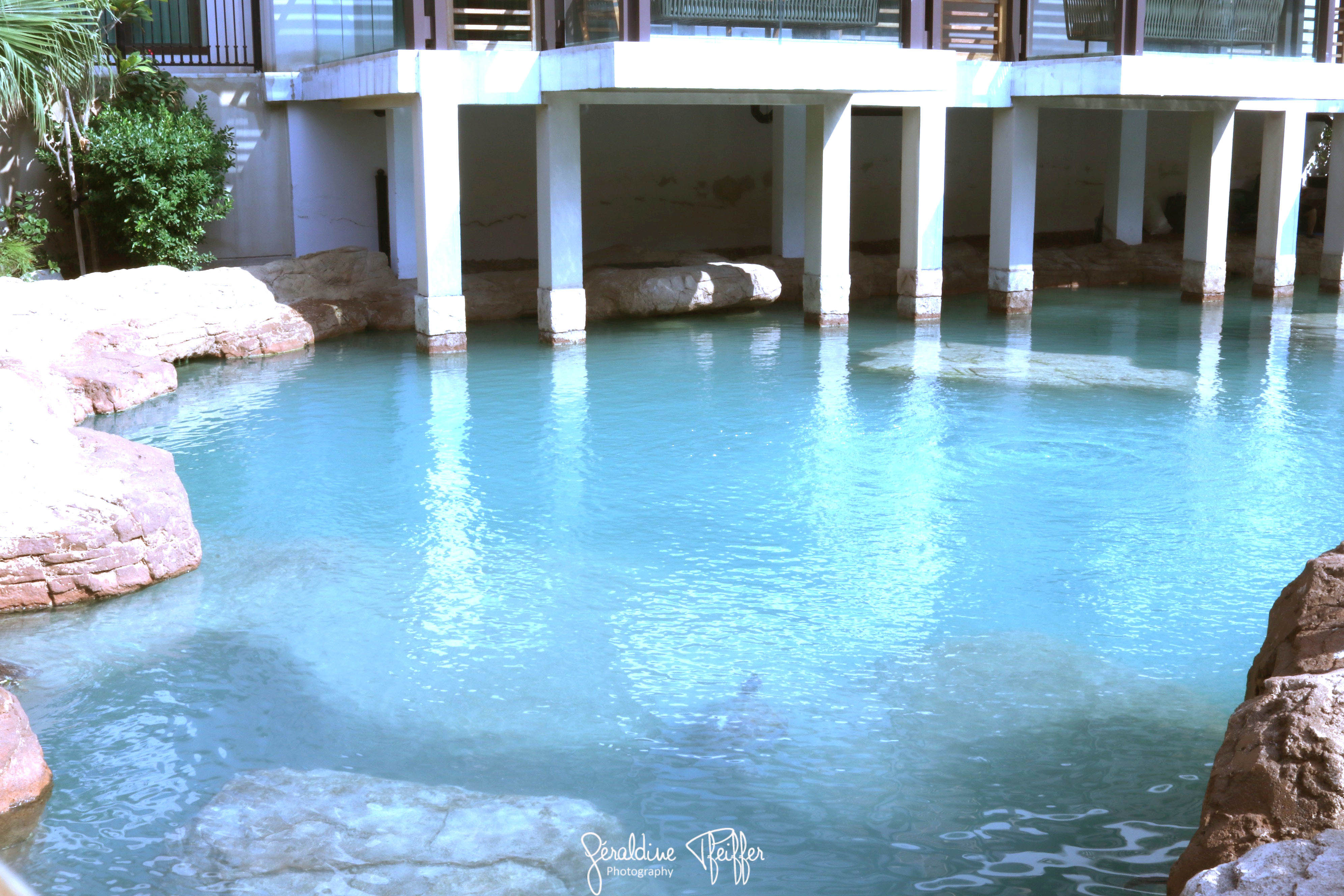 The lagoons at Jumeirah Al Naseem

The lagoons are a project held between the Jumeirah Hotels and the Dubai Turtle Rehabilitation Sanctuary via the Dubai Wildlife Protection Office.

From that project, the 5 largest lagoons has been built where the sick and injured turtles are rescued mainly by the public and are cared for before they are transferred to the outdoor lagoons at the Hotel Al Naseem Jumeirah.

The Hotel Al Naseem Jumeirah is the first one in the region that provides assistance for rescued turtles and for endangered ones.

The idea through this project is also to educate local children and their parents, citizens and tourists about sea turtle’s biology, which is their life’s cycle as well as giving explanations about the dangers that different species of turtles are faced to in the wild.

The rehabilitation centre is one of the largest in the world with a 150m long seawater lagoon.

Raise awareness by rescuing sick and injured turtles, giving explanations to people about the issues they face to in the wild and in the marine environment, and protect species of turtles this is the goal of the Dubai Turtle Rehabilitation Project.

I thank you the team with who I had this appointment and especially to Mr. Gerhard Beukes who allowed me to meet the team and to write down this article. 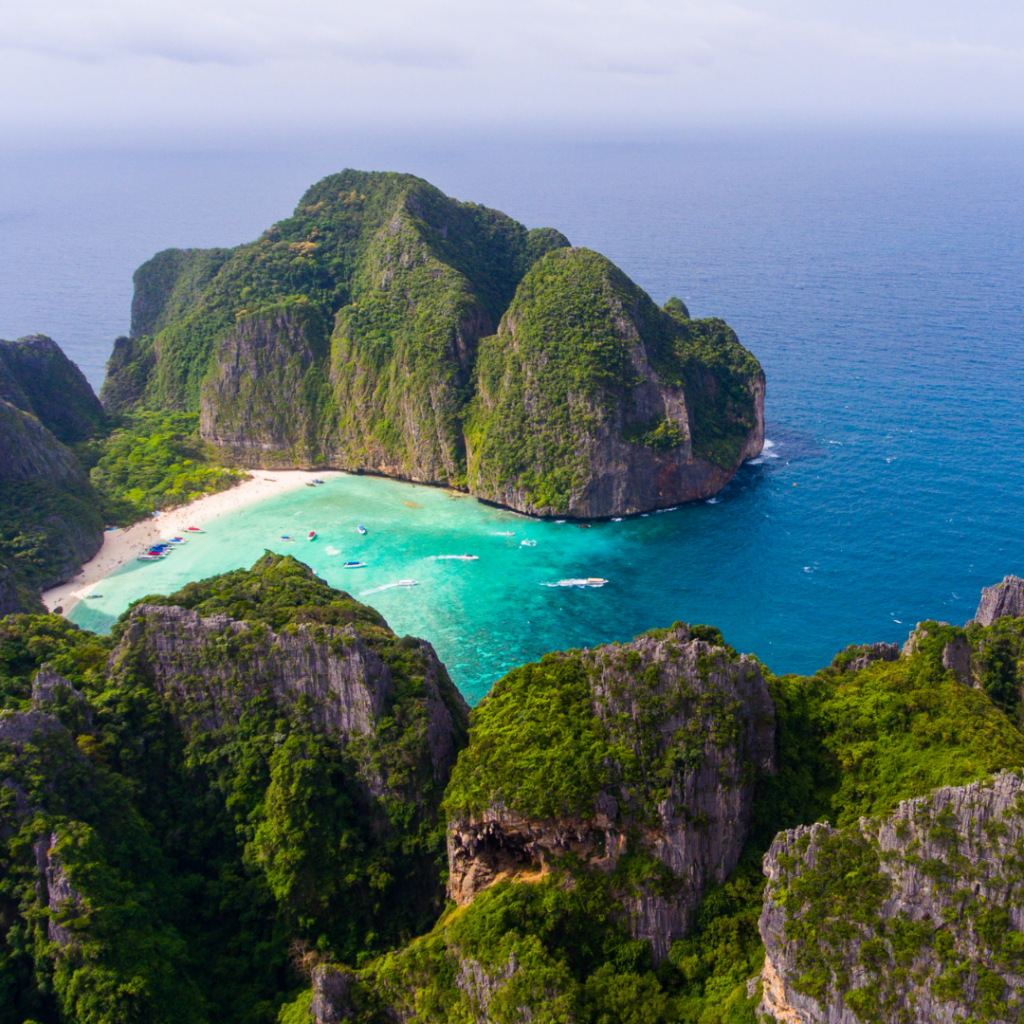